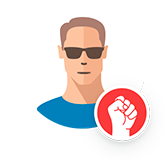 I have made predictions for the MMA more than three years and have placed bets for more than seven. Initially, I gave predictions and managed a newsletter for the Serbian site blogabet.com, but I had to abandon this due to the fact that there is only a line for major events in the world of MMA, such as the UFC and Bellator. Later I discovered a domestic independent resource betonsuccess.ru and I liked the fact that I could make predictions on all MMA tournaments, because there you can make predictions based on the lines at the sports betting site Pari-Match.

Why choose MMA? I think that, I understand mixed martial arts, I used to practice at the amateur level, where I often played the role of a second. In general, this sport has been and will always be in first place in my life.

I do not sell predictions for "match-fixing" or any other similar nonsense. I do not plagiarize nor do I boast about guaranteed high profits.. I am just doing my own thing, which I know a lot about. My predictions are based on collecting information, analyzing various data, such as injuries, physical and psychological states, fighter motivation, statistics and other information from numerous sources, the study of which takes a large amount of time every day. I do not rely on intuition - that is what women do. I am not an artist who draws my forecast statistics.

Contacts
Bookmaker ratings
User
rating
A rating of top Bookmakers based on the experiences and opinions of Legalbet users
Rating by odds
A rating of top UK bookmakers based on the margin size calculated from real odds offered on real events
Rating
by lines
The ratings here are based on the variety of betting lines and the available choices for UK punters
Rating
on In-Play Betting
Ranking from bookmakers concerning In-play betting, including the options of bets available
E-Sports
Rating bookmakers by esports betting on CS:GO, Dota 2 and other games
Ratings: Bookmakers
with bonuses
The best welcome bonuses for new customers
Bookmakers
on the go
Bookmakers with adapted versions for mobile devices
Blogs
There’s nothing here yet
Comments
There’s nothing here yet 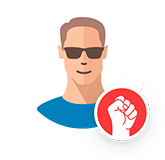