Places in the rankings 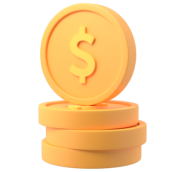 All reviews
If you are a customer of this betting company, please share your experience with other users
Leave a review

All complaints
0
0 %
Solved
0 %
Not solved
0 %
Considered
Bookmaker is not working with Legalbet.uk to solve disputes
If you are dissatisfied with the actions of the bookmaker, you can leave a complaint

Review of the bookmaker 10bet from Legalbet

10bet have over 16 years' experience in providing online gambling services to the UK market. They claim to be focused on "creating one of the most exciting, forward-thinking, bettor-focused sports and casino betting sites in the world". They are always "looking for new ways to make things bigger and better" and are expanding the number of sports they offer all the time, claiming to cover over 60 (there were 29 when this review was written) in total.

They take customer service very seriously, and put them first at all times:

"To us, this is more than a business – it’s a brilliant way to bring enjoyment and excitement to our bettors’ lives. We’re passionate about betting and we’ll keep doing everything we can to improve. If you have ideas, we’re all ears."
(10bet about us statement)

We calculated the margin for 10bet by analyzing the odds they offer. We further ranked them in one of the following three categories:

10bet has an overall average margin of 5.97% for football and falls in the normal category. In the first section with Premier League, the margin is at 5.94%. The second section with Spanish La Liga and Italian Serie A, the margin is higher at 5.98%. Finally, taking the rest of the world leagues into account, the margin there is similar at 6%.

Range of Sports: 10bet covers at the time of writing 29 different sports, which is virtually every sport you would want. They do have a strong football focus though, with the most depth in leagues and spread of countries found here. Also most promotions they run for existing customers tend to be football specific.

Range of Bets and Markets: It is football that 10bet specialise in and here they cover leagues from all around the World, some 46 different Nationalities at time of writing. Some countries who are more remote may only have one league covered, such as the Faroe Islands "1. deild ld" but major nations such as England have all leagues covered right down to the National League, and also you can bet on the under 23's "Professional Development league".

A typical Premier League gamehas over 120 different betting options, as well as the standard "match odd" and "correct scores" they also have a number of "goals" markets including over or under up to 6.5, team toal goals, who will score first, who will score last, etc, etc.

As you move down the divisions the number of variables which they have priced up declines, but even in a League 2 game they still have well over 100 bets to choose from.

Betting Limits: The maximum that can be won from one bet at 10Bet is £100,000 no matter what sport or bet type. In comparison to other bookmakers this limit is fairly low however still provides plenty of headroom for experienced bettors and casual bettors alike.

The in play experience on 10Bet is pretty good! They offer a  great range of sports and markets as well as quickly updating odds and a very attractive live animation setup. They also offer a live bet, bet builder which is a great feature for new and old customers.

Information about the company