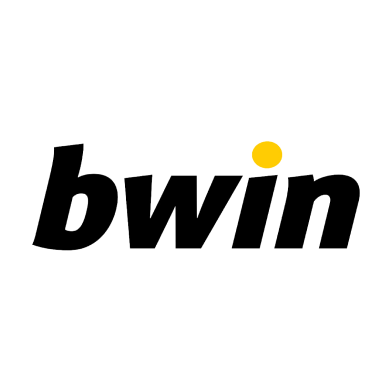 We calculated the margin for Bwin by analyzing the odds they offer. We further ranked them in one of the following three categories:

Range of Sports and Markets - Average

There is a very comprehensive list of Sports, including some events rarely seen elsewhere such as “Nascar”, “Nordic Combined”, and “Triathlon”, but the sports are very focused on European and US players rather than the UK.  The glaring omission from the list of sports to bet on is UK Horse Racing markets.

Range of Bets and Markets

There is a large range of bets and markets for each sport, with considerable depth too. For Example, UK Football betting is available not only on the Premier League but right down through to the 7th tier of English football, allowing you to bet on matches such as “Blackfield and Langley vs Tiverton” in the Southern League South should you wish. In the lower leagues, there is perhaps just the match odds and over/under 2.5 goals to select but in Premier League games there are over 100 different variables to choose from as standard, which is amongst the highest in the business.

The odds at BWin are unfortunately rarely the best available. Although they are not the worst either, they definitely could be better. The limits are acceptable though and a nice feature is that the maximum amount you can place on a bet is displayed on the bet slip for you.

Bwin’s live betting options are one of its main features and the thing that retains its loyal customer base. It specialises here in European football, with a huge range of markets and odds flashing changes nearly constantly as the game's progress.

There are many, many, live matches available at any time of the day but it obviously depends on what time zone you are in as well. Most games can be streamed live as long as you have a funded account or have bet on the game.

BWin was formed as “BetAndWin” in Austria but has transformed since then, mainly through the 2011 merger with PartyGaming making it an all-round, truly global, gambling entity. They have 20 million registered customers in 25 core markets.

BWin (Originally BetAndWin) is a bookmaker with European roots, founded in Austria.  They do not have a presence in the UK but became a recognised name due to their shirt sponsorship of Real Madrid! They are pushing into the UK market but still focus mainly on European sports. They have a regularly changing New User bonus, an existing user “Freebet Club”, as well as regular promotional “Bet, Boosts”.

All bookmakers
Review rating: 0 / 5
Rate:
Add a review Leave a comment
Unfortunately, most people only write reviews when they are dissatisfied, and when they are satisfied with everything, they are silent. We ask you to also fill in the «Good» field so that your feedback remains as objective as possible. We are sure that you will be able to specify both pros and cons of the bookmaker bwin.
Comments