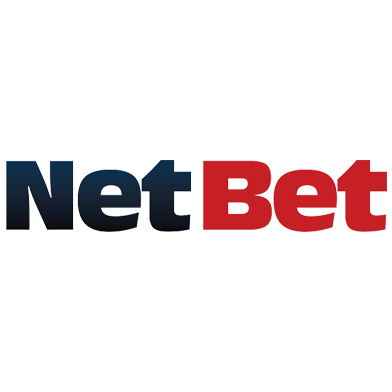 #26
in the users
ranking

We calculated the margin for Netbet by analyzing the odds they offer. We further ranked them in one of the following three categories:

Netbet has over 30 markets available at the time of writing, all the sports you would expect as well as more niche areas such as “E-Sports” and “Bandby”. Football is where most of the action is with all major leagues covered from around the World.  Horse Racing is well represented here with every UK meeting priced up and a number of “International” meetings as well.

There is more to NetBet than just excellent coverage of the traditional UK markets though. As well as those there is also tennis where you’ll find markets available for all major tournaments and also matches on both the ATP, WTA and the Challenger tours. If American sports is what you are looking for then you can bet on popular leagues such as the NFL, NBA, MLB and NHL, as well as both college basketball and football.

The most betting options are available on big Premier League football games, but the lesser leagues are also well catered for. At the top, the early Saturday kick-off has 163 markets including all the obvious match odds, correct scores, over/under 2.5 goals, etc, it also has corners, cards, half time and “special” bets.  Lesser games, for example, an English League One match has fewer than 100 markets, but still, realistically that is more than enough.

The coverage of other sports varies but most major games will have at least the industry standard level. The more popular the sport the more depth to the market as you would expect, E-Sports having the lowest being simply just who will win. Mid-level sports such as tennis, snooker, golf and the like provide all the options you will want.

The live betting area is functional but nothing special, there is a decent amount of in-play options for the covered events, but the graphics are lacking and the only statistics you are given is the score and ball possession.

You can see what fixtures are coming up next from a handy tab and it is possible to customise your and odds format to your preference. Bets are accepted quite quickly as long as they are not too large, the max stake amount is not known in advance though which can be frustrating when bets are returned for this reason.

When your first £30 bet settles you will be credited with £15 in free bets and £15 to use in the Casino.

When your first £30 bet settles you will be credited with £15 in free bets and £15 to use in the Casino.

NetBet is a sportsbook that has been on the market since 2001 and has targeted primarily French and English-speaking regions, but now it is now expanding into other European countries. In September 2014, NetBet Poker merged with the online platform Poker770 and at that time registered more than 2 million players.

NetBet is owned by the Cosmo Gaming Company Ltd. The main sponsorship partners are currently Saint Etienne in France and West Bromwich Albion in the UK.

Go to the website of the bookmaker
netbet.co.uk
Review rating: 0 / 5
Add a review Leave a comment
Unfortunately, more often than not people write reviews only when there are issues that still remain. When everything is running smoothly, they often do not write. We ask that you also fill in the positive field, so that the review can achieve its maximum objective. We are sure, that you will tell us the negatives, as well as the positives of these bookmakers.
Comments