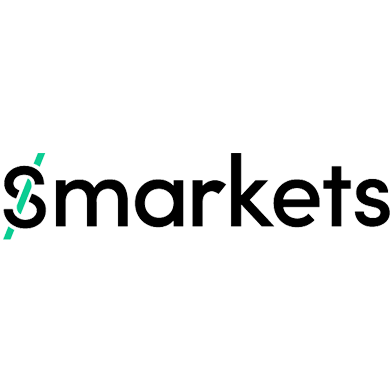 #14
in the users
ranking

Smarkets covers a huge range of different sports but only prominently displays upcoming events and the main categories. The full list of sports is located on the left of the screen and it is easily customisable to show your favourites at the top. The main two UK sports betting areas, Football and Horse racing, are covered in depth. All UK Horse racing meetings are available 48 hours before the off, as well as selected meetings from France, South Africa, the USA and Australia. Football has a depth of coverage with the top five flights of English football represented, as well as Scottish football down to Division 2, and all major and secondary European Leagues.

In addition to Football and Horse racing all other major betting sports feature, such as cricket, tennis, golf, darts, motorsports, and more unorthodox categories such as Politics and Current Affairs. The homepage displays the current “popular” markets, as defined by the amount of money being wagered on it, so chances are you can locate the bet you want swiftly.

The most markets will be found for UK Premier League games or Champions League matchups, as well as obviously all games in the World Cup proper. A Premier League game as standard will have around 50 lines to bet on, including half time variations, all Asian Handicaps, Corners, and Cards.  One thing that is often lacking though is players to score markets, either First or Anytime Goal Scorer. Lesser Leagues and lower profile games will still be covered but often just with a more basic “Match Odds”, over or under 2.5 goals, correct scores and the like. There is still more than enough choice though with at the time of writing a Croatian First Division match still having 35 markets covered.  Most markets are turned in-play allowing “live betting” to take place but some lower leagues are not, you will be warned before placing your bet if that is the case.

Horse racing has the main markets you would hope for, the win and the place markets, as well as “to finish in the top X” but can be limited in terms of perms and accumulators as these are not available automatically on a bet slip. You would have to manually place each bet and roll the winnings over to each new selection as you go. There are some additional markets available on major events such as Cheltenham races or The Grand National but these are not standard. The major plus of Horse Racing markets is that each and everyone is turned in play at the off and the ability to trade as the race progresses.

Other sports all have different market depths that vary from event to event but as a rule, if it is something you want to bet on, Smarkets will have it. In the unlikely event that there is something you would like to wager on not covered if is possible to contact the support and request that they add the market.

The live betting element at Smarkets is easily amongst the best in the business. Almost all markets are turned in-play at kick-off, and when they are running you have the ability to trade on the events from scratch as well as hedge and lock in profits (or losses) on existing positions.

By cross-matching liabilities on the market, you can place more bets without needing to deposit more money, as long as your total liability is not increased. Whilst it is disappointing that there is no feature allowing the sports events themselves to be watched there is live statistics relayed to the market screen, showing not just current scores but also the phase of play.

Smarkets offers new users a welcome bonus up to the value of £10, as long as you deposit £20 or more by a credit or debit card. Once the bonus is credited to your personal account, losses will be refunded up to the bonus amount. Bonus will expire after seven days of being credited to your account.

Smarkets offers new users a welcome bonus up to the value of £10, as long as you deposit £20 or more by a credit or debit card. Once the bonus is credited to your personal account, losses will be refunded up to the bonus amount. Bonus will expire after seven days of being credited to your account.

Smarkets is a sports betting company which was founded in 2008 and is primarily a betting exchange, meaning you can bet on teams to both wins and also lose! They are a challenger to the market leader Betfair, and with a base rate of just 2% commission, Smarkets has been catching them up quickly. (A pure Sportsbook is also available as an App, but we recommend using the exchange).

They describe their beginning as “We began as a small group of investors and engineers who saw the potential to apply financial trading principles to the online betting world. With that in mind, we set out to make a difference in the industry by developing an online platform focused on honest, user-centred trading.”

In April 2017 they were named in the Financial Times’ Fastest Growing Companies section in 25th place across Europe. In September 2019 they have announced a groundbreaking deal to move into the US market, offering Sports betting in Indiana and Colorado. Today, as of November 2019, they employ 104 staff from 35 different countries.

Go to the website of the bookmaker
smarkets.com
Review rating: 0 / 5
Add a review Leave a comment
Unfortunately, more often than not people write reviews only when there are issues that still remain. When everything is running smoothly, they often do not write. We ask that you also fill in the positive field, so that the review can achieve its maximum objective. We are sure, that you will tell us the negatives, as well as the positives of these bookmakers.
Comments