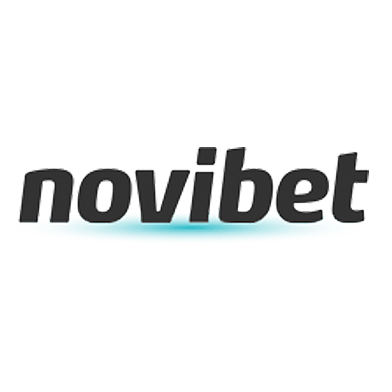 We calculated the margin for Novibet by analyzing the odds they offer. We further ranked them in one of the following three categories:

Range of Sports and Markets - Average

Range of Sports: Novibet has a large range of sports which you can wager on, over 20 at the time of writing.  One stand out sport listed here that we have not seen anywhere else is “Water Polo”. They also have others which are usually hard to find. The full list is easily accessible from the left sidebar of the homepage. It is easy to find games due to kick off soon using the “daily coupon” tab which lists events by start time.

Up until recently Horse racing has been missing but this has been added now. Early prices on all UK races are available on the day of the race.

Range of Bets and Markets: For major Football matches, there is an incredibly large number of markets to analyse and select the best for you. As well as having a 100% match odds market once a day on a selected game, there is above average across the board for all major games. In Champions League games at the time of writing (Nov 2019) there are 181 different markets on each game, with 43 available on corners alone. There are remarkably few individual player bets though and no way to get them, which is perhaps something to consider.

The second most covered sport at Novibet is basketball.  They have tight odds lines and tight handicap spreads as well.  As well as the obvious NBA they also cover most European Leagues, such as the French Pro A, Spanish Liga ABC, Greek, Italian and Russian too! As well as match-winner with a handicap they cover around 50 other markets, including combinations of total points with other popular variables.

Though new to Novibet UK Horse racing has a fair coverage, with Early Prices available on all races on the day of the race. There is also the ability to bet Each Way, first 1 or 2, and to win without the SP favourite.  They also have a number of Ante-Post markets available on major events such as The Grand National.

Betting Limits: Novibet helpfully displays what the maximum stake is on the betslip before you place your bet.  The limits vary from event to event and also player to player but are usually acceptably large.

The Live Betting here is really nice and it is possible to place wagers on multiple games at the same time due to a well-designed interface. Odds are quick to change but you can auto-accept odds changes if you wish to ensure your bets are put on promptly. There is no maximum wager amount but large bets are sent for manual review. A very nice feature is that logged in accounts can watch live streams of Horse Racing and a limited selection of other sports too.

Novibet is a company which was founded in 2010 and originally targeted the Greek and Southern European markets. Today they have the UK as one of their targeted territories and have added a top tier bookmaker and casino offers. In November 2020 they were awarded ‘Best In-House Product”. The award is a great achievement for Novibet, who have developed and established their own competitive proprietary assets over the years. Novibet holds a license from the UK Gambling Commission through Novigroup Limited’s license (license number 000-039440-R-319360-023).